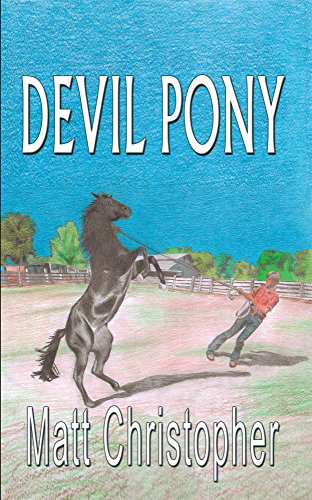 "He's everything I dreamed he'd be!" exclaimed Stu Bancroft when he saw Midnight, the horse he and his sister Sally had been promised when the horse was just a foal. Now Midnight was a year old and Stu and Sally were to bring him home at the end of their vacation at their uncle and aunt's ranch house. But their visit takes some unexpected turns when mysterious events suddenly start happening.

When Stu first mounts Midnight, the pony throws him. Why? Then other "accidents" occur: a vase falls in the house and breaks for no reason and a saddle slips before their eyes from the wall in the stable. Cousin Wilbur has an explanation—it was the return of the Bancroft Poltergeist—but Cousin Wilbur himself was acting strange. Could his ghostly explanation be trusted? Stu's love for Midnight makes him determined to find the reasons behind these mysterious events, a determination that helps create a summer that Stu and Sally would never forget.