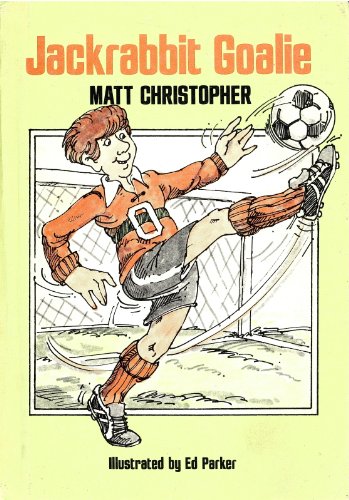 Pepper Pride was new to town and wanted to make friends fast.  So when some local kids told him they needed a goalie for their soccer team, he lied and said he had played goalie in his old town.  It isn't easy to play goalie when you're short and new to the position.  What Pepper lacks in height and experience, however, he makes up for in speed.  He's so fast his teammates start calling him Jackrabbit. But hen Pepper learns his team has to play against the Giants, a team older, bigger boys, he begins to doubt he can do the job.  Should he admit that he's not really a goalie?  Or should he play and run the risk of letting his team down?